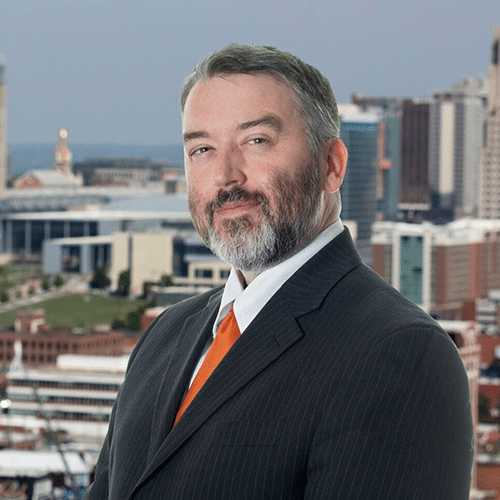 Email Steven LongSteven was raised in Overland Park, Kansas and graduated from the University of Kansas in December 2002 with a Bachelor of General Studies in Psychology. He received his Juris Doctorate from the University of Missouri – Kansas City School of Law in May 2007. He captained his Law School’s Jessup International Moot Court Competition team and served as the president of its International Law Society.  Steven studied abroad in Cape Town, South Africa between his second and third years of law school.

Steven combines years of local bankruptcy experience with a strong desire to help clients move forward with their lives.

After graduating law school, Steven began work as a solo practitioner, taking on cases and assisting other firms.  Bankruptcy and consumer landlord/tenant matters emerged early as areas of interest.  In February 2012, a national bankruptcy law firm hired Steven to manage its Kansas City and Springfield offices.  Steven joined Sader Law firm in June of 2019 to continue to serve the needs of bankruptcy clients and businesses in a larger firm setting.

Throughout his legal career, Steven has maintained a passion for client advocacy and takes satisfaction in providing his clients a source of calm in stressful times.  He prides himself on making even the most complicated legal matters understandable to his clients.

For a free phone consultation, or to make an appointment with attorney Steven Long, then please call The Sader Law Firm at (816) 281-6349. For each client, our firm strives to provide the highest level of personalized service before, during and after your bankruptcy is complete.